We are of the opinion that social media very rarely, if ever, represent the real deal. However, if you want to check out what our version of a curated image looks like, find us on Instagram or facebook at the following links. 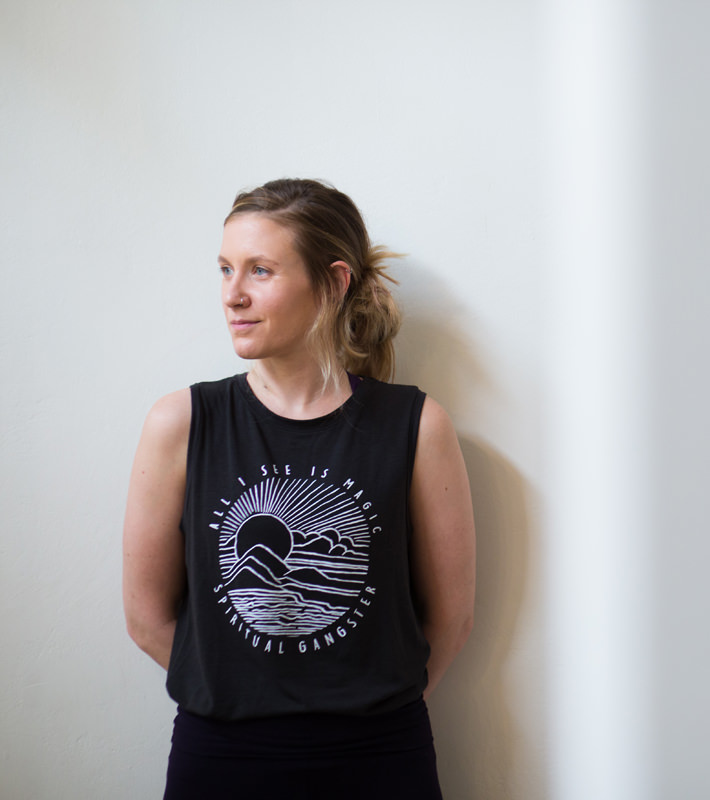 Katerina Vangelidi was born in 1987 in Athens. Not much later, she discovered that movement can be a form of expression but also a path to self-knowledge. For many years that formally presented as a daily ballet practice. Informally, many other types of movement that foreshadowed what would follow.

While studying at the university, and after a very uncharacteristic period that lacked any intense practice, she discovered yoga, around 2007,online (!) on Yogatoday, and from that point forward, never stopped doing it. In 2008 she started practicing Iyengar Yoga with Haris Lironi. Later, she explored Hatha and Vinyasa -typeclasses, and also did a 200-hrYTT. In 2013, while searching for a deeper and more personal practice, she found Ashtanga and started practicing the primary series on her own. From September 2014 to April 2019 she practiced almost daily in Eleftheria Lagoudaki’s shala. She has attended several workshops in Athens and abroad, most notably Sharath Jois’ in Copenhagen 2017, and Angela Jamison’s in Arona 2019. She has traveled twice to Mysore, India (July 2018, December 2019) in order to study in SYC (formerly known as KPJAYI) with lineage holder, Sharath Jois.

Katerina still practices 6 days a week, on her own. She draws inspiration, and courage, from her friends and teachers around the world that do the same. She believes that the most common misconception about Ashtanga is that it is a severe, hard and strict practice. Her view has always been that, on the contrary, it offers both the necessary structure, and the absolute freedom, along with helpful tools, in order to discover oneself in the context of their surroundings.

She can only hope that her teaching honors as much as possible the Indian tradition and worldview. The western mentality is often appropriative, and there is a tendency to cherry-pick the more palatable aspects of the yoga practice. This is something that she actively tries to avoid.

Teaching yoga is the hardest job she has ever done, but she keeps at it, mostly because she agrees with the writer, that “it is never too late to have a happy childhood”.